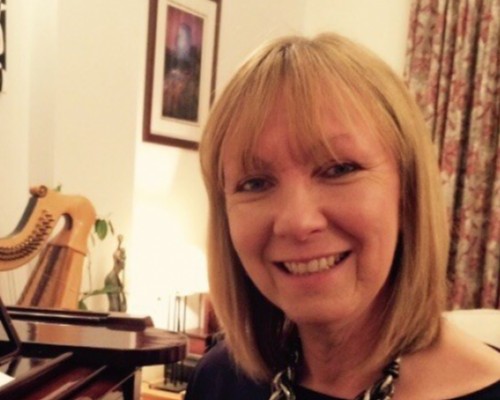 Originally from Betws yn Rhos, Siân graduated from the University of North Wales Bangor, having studied under William Mathias, who was her personal tutor for part of the course and where her practical studies concentrated on piano and voice. Following 4 years teaching music in the secondary sector, she went on to study as a Post Graduate in Performing Arts at the Welsh College of Music and Drama in Cardiff. Since then, Siân’s career has been a varied one. Working for the BBC and then for HTV in Cardiff, Sian’s work included performing, composing, scriptwriting, researching and presenting before returning to North Wales in 1990 to work as an Assistant Producer for Teledu’r Tir Glas TV company in Caernarfon. In 1994, Siân became a director of Gwdihw TV company producing documentaries, music and light entertainment programmes for both the BBC and S4C as well as for Radio Cymru. In 2000, Siân and her husband established RYGARUG, a community performing arts project for young people in the Dyffryn Peris area. During that time, Rygarug produced 4 original musicals which were performed in Theatr Seilo, Theatr Gwynedd and Galeri. In 1983 Siân won the Can i Gymru competition and still is a prolific songwriter. A selection of some of her most recent works for children will be published in 2015. Between 1999 and 2010 Siân was the conductor of Côr Eryri and since April 2013, she has been the Musical Director of Côr Dre, an SATB choir from Caernarfon. During this time Côr Dre have been extremely busy with numerous concerts, choral competions and recording sessions at Stiwdio Sain as well as being successful in various festivals such as the National Eisteddfod, Eisteddfod Powys and winning the title Best Choir of the Festival at the recent Pan Celtic Festival in Derry. Sian has been a tutor at CGWM since 2003 teaching piano, voice and music theory. Throughout this time Siân has always continued to perform, compose and teach.