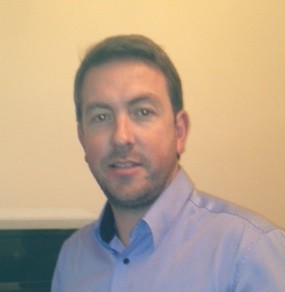 Dylan started to play the cornet at ten years old at his primary school. Throughout his time as a school pupil he played first cornet for a number of local brass bands. In 1995 he was awarded best soloist in North Wales before leaving the area to study at Salford University, Manchester specialising in brass bands. Throughout his time at Salford, he was a member of the A University Brass Band; a university band that was considered as one of the best in Europe at the time. Dylan was extremely lucky to gain tuition by musicians such as David King, Roy Newsome and Peter Graham. Following a first honours degree, he returned to North Wales and started working as a brass tutor for Gwasanaeth Ysgolion William Mathias.
He teaches at schools in the Caernarfon region, and conducts the Regional Youth Band which has 125 members! He also conducts the Gwynedd and Anglesey Concert Band, and is a tutor of the junior and senior brass bands of Gwynedd and Anglesey. He has gained great success leading the Bontnewydd School Band to 1st place at Eisteddfod yr Urdd in 2013 and 2014, as well as to win the British Championship in 2013 and 2014; the only band in history to win both of these competitions within the same year. Dylan has also gained success in leading the Brynrefail School Wind Band to 1st place at the 2014 Eisteddfod yr Urdd. He believes strongly in providing the opportunity of instrumental tuition to all children, and emphasises that music should be fun for all!