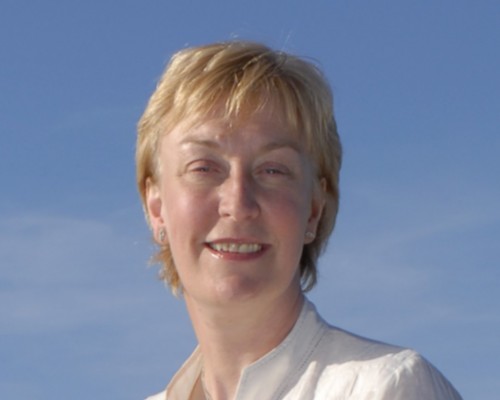 After gaining her B.Ed from the University of Wales she initially pursued a teaching career. However, in 1990, Ann gained a scholarship to study singing with Kenneth Bowen at the Royal Academy of Music in London. Since this time she have performed as a freelance singer throughout the UK and abroad, in a variety of venues and with many of Britain’s leading Opera Companies including Scottish Opera and Glyndebourne Festival Opera.
Ann’s career has taken her to many different parts of the world, including Europe, the U.S.A., Asia and Australasia. During the summer of 2005 she toured New Zealand and Australia as the soloist with the Lions Choir. The culmination of the tour was a gala concert at the Sydney Opera House. In addition to her singing career Ann is the Artistic Director of the North Wales International Music Festival, Musical Director of the Bro Glyndŵr and the Trelawnyd Male Voice Choirs as well as being a vocal tutor for the William Mathias Music Centre
From 2002 to 2009 Ann was also Musical Director of the Fron Male Voice Choir. During this time they were prize winners at Llangollen International Eisteddfod and at the Harmonie Festival in Germany. In 2006 they secured a deal from Universal and the Cds ‘Voices of the Valley’ were launched and sold over 1 million copies. All four CDs were nominated for ‘Album of the Year’ at the Classical Brit awards. Ann is proud to have both conduct and sung two tracks on all these CDs. In 2007 they performed at the Classical Brit Awards and appeared on numerous television programmes and in numerous concerts over that busy time.