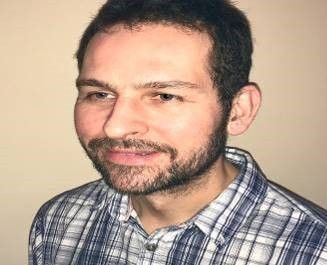 Alfred Barker was born in Johannesburg and studied the violin at the Windhoek Conservatoire from the age of eight. During this time he performed a number of concertos with both the Conservatoire orchestra and the Namibia National Symphony Orchestra. In 1993 he travelled to London to study at the Purcell School, continuing his studies at the Royal Northern College of Music with Yossi Zivoni and graduating in 2000 with a BMus(hons). He also has a Masters degree from Manchester University and a PGCE from Liverpool Hope University.
Alfred was leader of the City of Sheffield Youth Orchestra, which toured throughout Europe, and later of the King Edward Music Society Symphony Orchestra, performing regularly as a soloist. He also performed frequently as a member of several Manchester based string quartets and was teaching within Salford Music and Performing Arts Service (MAPAS) at the time. The latter involved various music education projects with the Halle and BBC Philharmonic orchestras and a number of European concert tours.
Since moving to North Wales in 2011, he now teaches violin in schools throughout Denbighshire, conducts the Denbighshire County Strings Group and has been a tutor for the Gwynedd and Anglesey Senior Youth Orchestra for a number of years. Alfred is a director of the Denbighshire Music Cooperative.