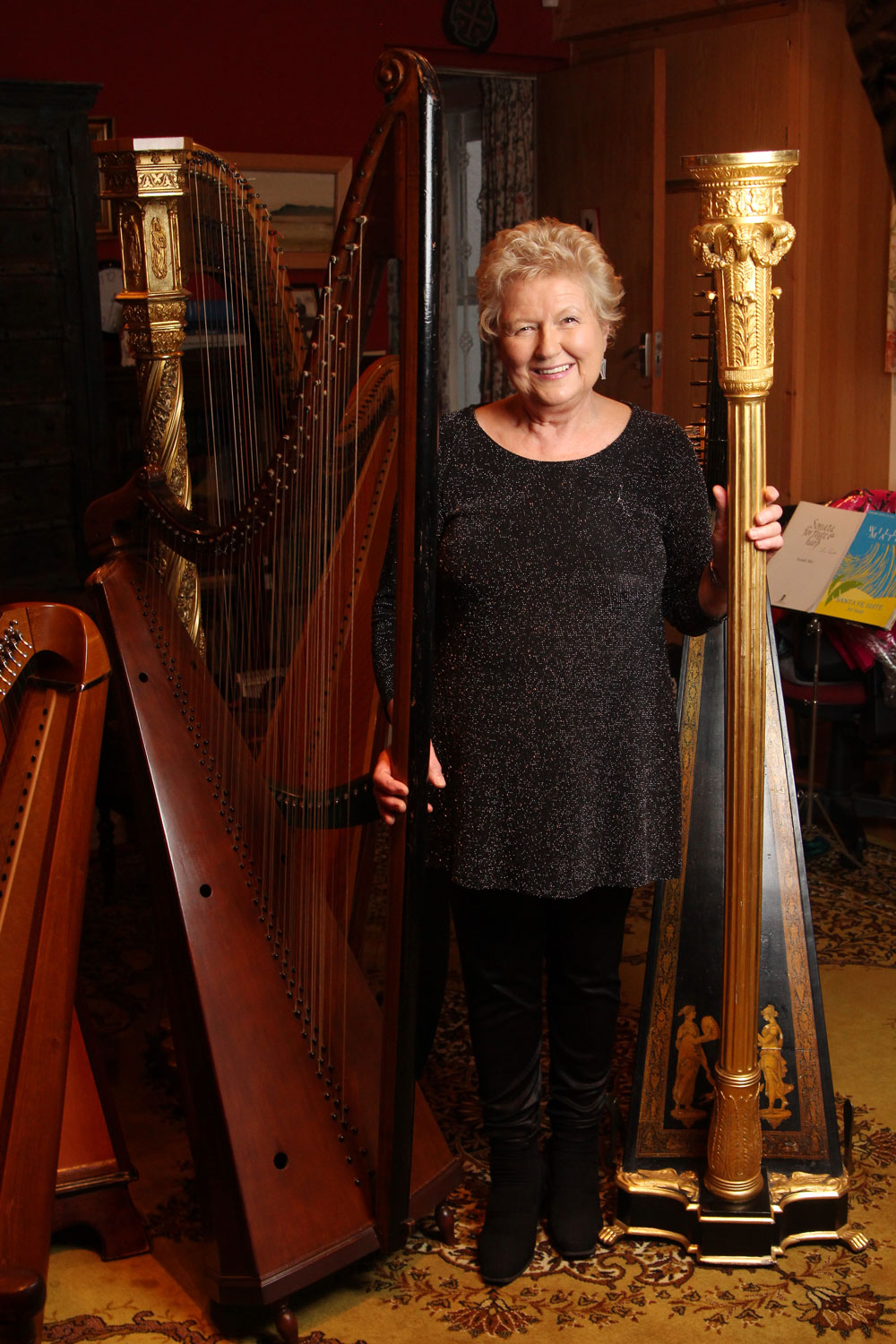 ELINOR BENNETT is internationally acclaimed as concert harpist and respected harp teacher. She first learnt to play the harp with the late Alwena Roberts in Wales, and then studied at the Royal Academy of Music, London, with Osian Ellis after completing a degree in Law at Aberystwyth University. She also received tuition form other great harp teachers – Tina Bonifacio, Gwendolen Mason in London, and Jacqueline Borot in Paris. Elinor played with all major British orchestras, and gave many solo performances in Britain, Europe, USA, Russia, Australia, Japan, Thailand and New Zealand. Elinor has made many recordings, ranging from 20th Century concert harp classics to Welsh traditional music on the Triple Harp.

Many leading composers have written for her, and she directed harp studies at Bangor University for over thirty years. She was awarded OBE for services to music and Honorary Fellowships from the Aberystwyth, Bangor, Cardiff, Universities, Fellowships from Royal Academy of Music and the Royal Welsh College of Music and Drama, and an Honorary Doctorate in Music from the University of Wales. Many of her ex-students are internationally acclaimed artists, including SIoned Williams and Catrin Finch.

Elinor Bennett has held harp courses in Bangor since 1978 and she has directed the prestigious Wales International Harp Festival in Caernarfon since 2008. With a lifetime of experience to offer, she is full of enthusiasm and energy to pass on her understanding of the harp and its music, and share her love of the instrument with others.

What Elinor can offer

Harpists from anywhere in the world are welcome to apply, but the language of tuition will be either Welsh or English.

A course of lessons will be planned for the individual student and one free consultation lesson (30 minutes) will be offered to discuss the aims and contents of the lessons and decide upon the most appropriate way forward.

These lessons are not appropriate for absolute beginners because of the technical demands of the instrument.
Harpists under 18 year old must be supervised by an adult during the lesson.