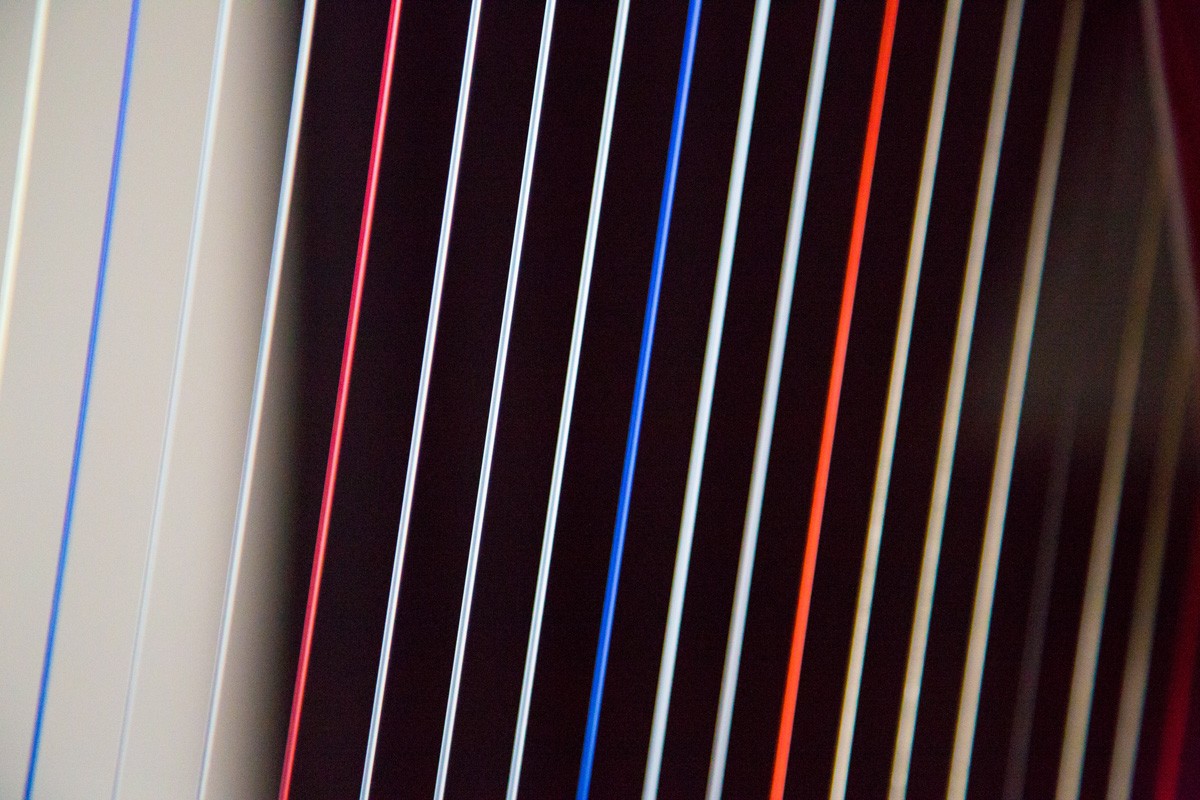 The Wales Harp Festival will be held on Wednesday 12 & Thursday 13 April at the arts centre, Galeri, in the culturally dynamic town of Caernarfon.  Directed by world renowned harpist Elinor Bennett, this year’s Festival features a two-day course for harpists, as well as a concert, competition and lecture.   The Festival is an annual event organised by Canolfan Gerdd William Mathias Music Centre. Every fourth year it becomes the larger scale Wales International Harp Festival.  The next International Festival will be held in April 2018.

IRISH HARPISTS COME TO WALES TO REMEMBER AN ANCIENT LEGEND

The two-day Harp Course takes place from 10am – 5pm on Wednesday 12 and Thursday 13 April and is suitable for harpists of all ages and abilities. Leading harpists from Ireland – Denise Kelly and Cliona Doris – will join Festival Director, Elinor Bennett, Catrin Morris-Jones, and Elfair Grug Dyer from Wales, to teach and celebrate the long history of the harp in both Celtic countries. Children and young people from Wales will be taught Irish harp tunes by the visiting students from Dublin and will be invited to perform with them during the Festival.

On Wednesday, April 12, at 4pm,   at Galeri Caernarfon, Dr Sally Harper will give a talk entitled :-

‘Creating a tradition together:  Welsh and Irish Harpists at the medieval council of Glyn Achlach, Co. Leinster’

Dr Harper says:   “The ‘Legend of Glyn Achlach’ has fascinated musicians and historians in Wales for centuries. It describes an early musical partnership between Wales and Ireland that seems to have emerged during the early years of the 12th century, centring on a ‘council’ of Welsh and Irish harpists who met together at ‘Glyn Achlach’ in Ireland. Their purpose was to discuss the finest features of their craft, and to write down the rules associated with it.

But how far should we believe this account – or is it really just an imaginary story?

Though the ‘Legend’ does reveal some mythological features, other details are definitely grounded in reality. We now know that ‘Glyn Achlach’ was the Welsh name for Glendalough in Co. Leinster, home of St Kevin, while the ‘Mwrthan’ said to have presided over the council was undoubtedly Muirchertach O’Briain, King of Munster and High King of Ireland until his death in 1119. But perhaps of most interest for us is the practical outcome of the council – a set of musical ‘measures’, or structural patterns, that still survive. Their influence is clearly seen in the famous harp tablature copied out by the Anglesey harpist, Robert ap Huw, in c.1613 – and it is surely no coincidence that the titles of these measures bear the stamp of both the Irish and Welsh language.’

Dr Sally Harper, the leading authority internationally on early Welsh music, will provide the key to unlock one of Wales’ most fascinating and forgotten legends, and will recount how Gruffydd ap Cynan (c.1055 – 1137) known as “The Prince of Wales” brought Irish musicians to Wales with him, and is said to have organised a great congress or eisteddfod for Welsh and Irish musicians in Caerwys, Flintshire.

“The harp is the national emblem of Ireland and appears on flags, Irish euros   – and is the logo for Guiness!   It is Wales’ national instrument with an unbroken tradition stretching back for 1500 years, according to the evidence of poets and their verses. I look forward very much to hearing what happened when “The Prince of Wales – Gruffydd ap Cynan- brought harpists from Ireland to meet their Celtic cousins Wales.

“In April this year, young Irish harpists will come to the Wales Harp Festival to enjoy making music together and to rekindle the memory of a remarkable event that happened almost 880 years ago.

“The Welsh Government has designated 2017 as the “Year of the Legend”, and I am delighted that Dr Harper has agreed to come to the Festival to remind present-day harpists of this ancient legend.  It is heart-warming to know that a distinguished musicologist of English birth has made such an enormous contribution to the understanding of our ancient heritage! “

will feature performances of traditional and classical music from Wales and Ireland given by some of the most talented young harpists from both countries.

Ten students from the Conservatory of the Institute of Technology, Dublin, will perform alongside some of Wales’ most talented young harpists in a varied and lively programme of music from both sides of the Irish sea.

The distinguished harpists and teachers, Denise Kelly and Cliona Doris will accompany the eight harpists and will bring two traditional musicians with them to play the Irish pipes and bodhran.

One of Wales’ leading traditional singers, Gwenan Gibbard will bring her brand new choir – “Côr yr Heli” – to make its concert debut at the Festival before they cross the Irish Sea to compete at the Pan-Celtic Festival in Carlow, Ireland the following week.

A warm welcome will be extended to two ex-students of Canolfan Gerdd William Mathias’ – Elfair and Rhiain Dyer – to perform solos and a duo composed by the Festival’s Honorary President, Osian Ellis.

During the concert, the introductory brochure of the 2018 Wales International Harp Festival will be launched. The Festival will celebrate the work of Wales’ most distinguished living harpist – Dr Osian Ellis – who lives in Pwllheli.