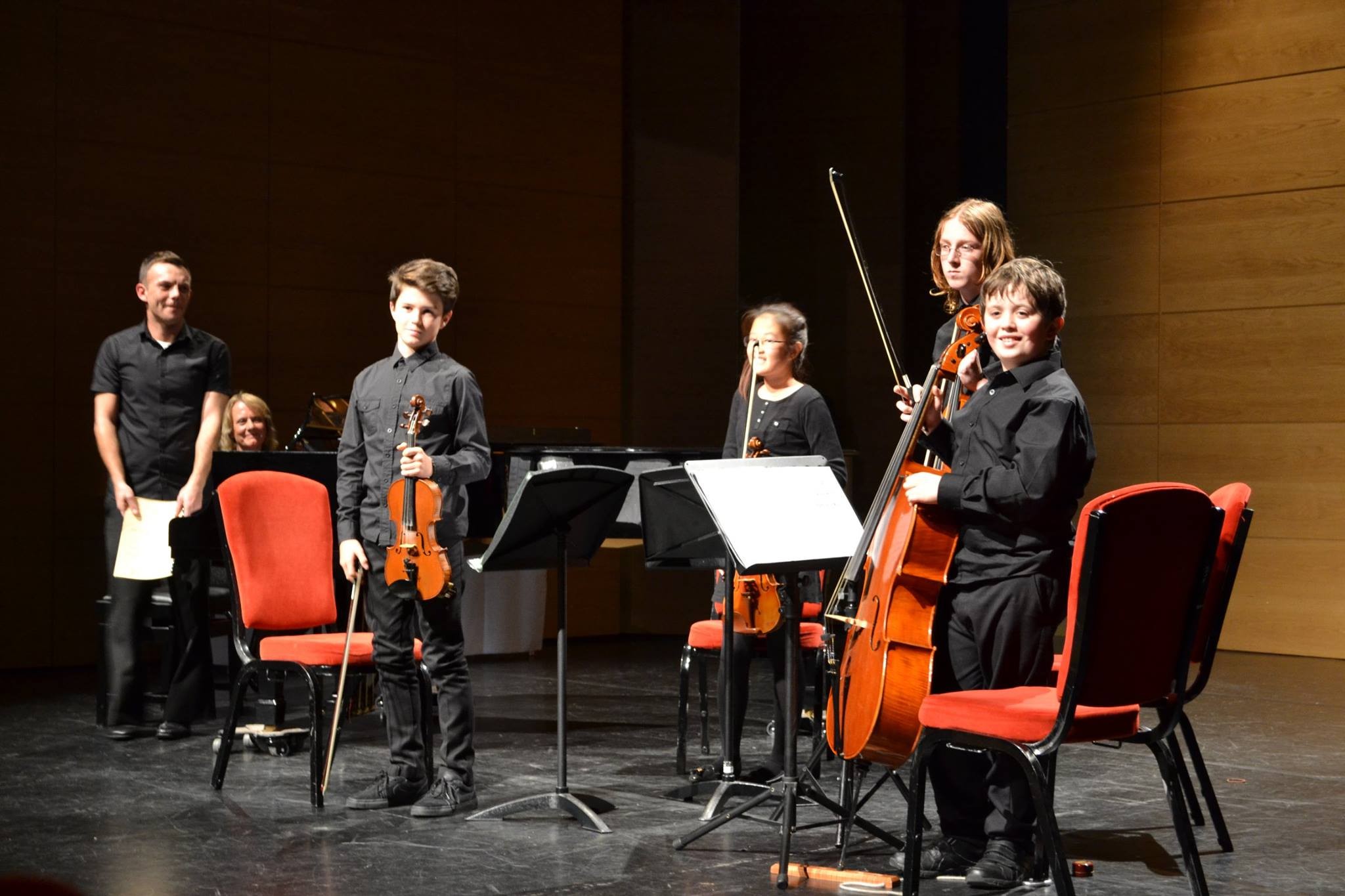 A concert was held at the end of September by Canolfan Gerdd William Mathias at Galeri Caernarfon to recognise the success of its students during the previous academic year.

The Music Centre’s instrumental and vocal ensembles were also well represented on the night with performances by the Cello Ensemble, Piano Trio, String Quartet and Chamber Choir.

It wasn’t performance alone that was recognised on the night, with the Music Centre taking pride in including pieces composed by its young students in the programme.

Thalia Lichtenstein is a member of the Cello Ensemble, and some months ago she composed a piece with the ensemble in mind. The piece was titled ‘Atgofion Heddychlon’ (which translates as ‘Peaceful Memories’.)

Nicola Pierce, the Music Centre’s cello tutor and leader of the ensemble said:

Thalia composed this lovely piece especially for the group. It was a privilege to perform this work and great experience for Thalia – not only to hear the piece being performed in concert but also conducting the performance.

Another young composer who was recognised in the concert was Gwydion Rhys who composed ‘Introduction & Grand Polonaise’ for cello and piano.

Gwydion, 12 years old from Llanllechid, had composed the piece with his cello tutor, Nicola Pierce in mind who performed the piece on the night with accomplished pianist and CGWM tutor Steven Evans. Nicola said:

Here is a mature piece composed by Gwydion which displays many different techniques on the cello and piano.

One of the highlights of the night was presenting some of the Music Centre’s students with prises. Math Roberts from Llanrug won the Ben Musket Scholarship and the Noel ab Owen Roberts memorial cup for a member of the Caernarfon Male Voice Choir. Erin Swyn who receives lessons with Ann Atkinson in our Denbigh branch won the Thomas William Jones memorial cup, a member of Caernarfon Male Voice Choir.

The concert was brought to close with a performance of select movements from Mozart’s Requiem performed by the Chamber Choir who meet on Thursday nights at Galeri.

During the concert, it was announced that Canolfan Gerdd William Mathias will be hosting the Wales International Piano Festival between the 29th of April and the 2nd of May 2016 under the direction of acknowledge pianist, Iwan Llewelyn-Jones.

A fundraising concert for the Piano Festival will be held on the 8th of November and will include a brilliant programme of piano duets and trios from the classical, jazz and popular repertoire.