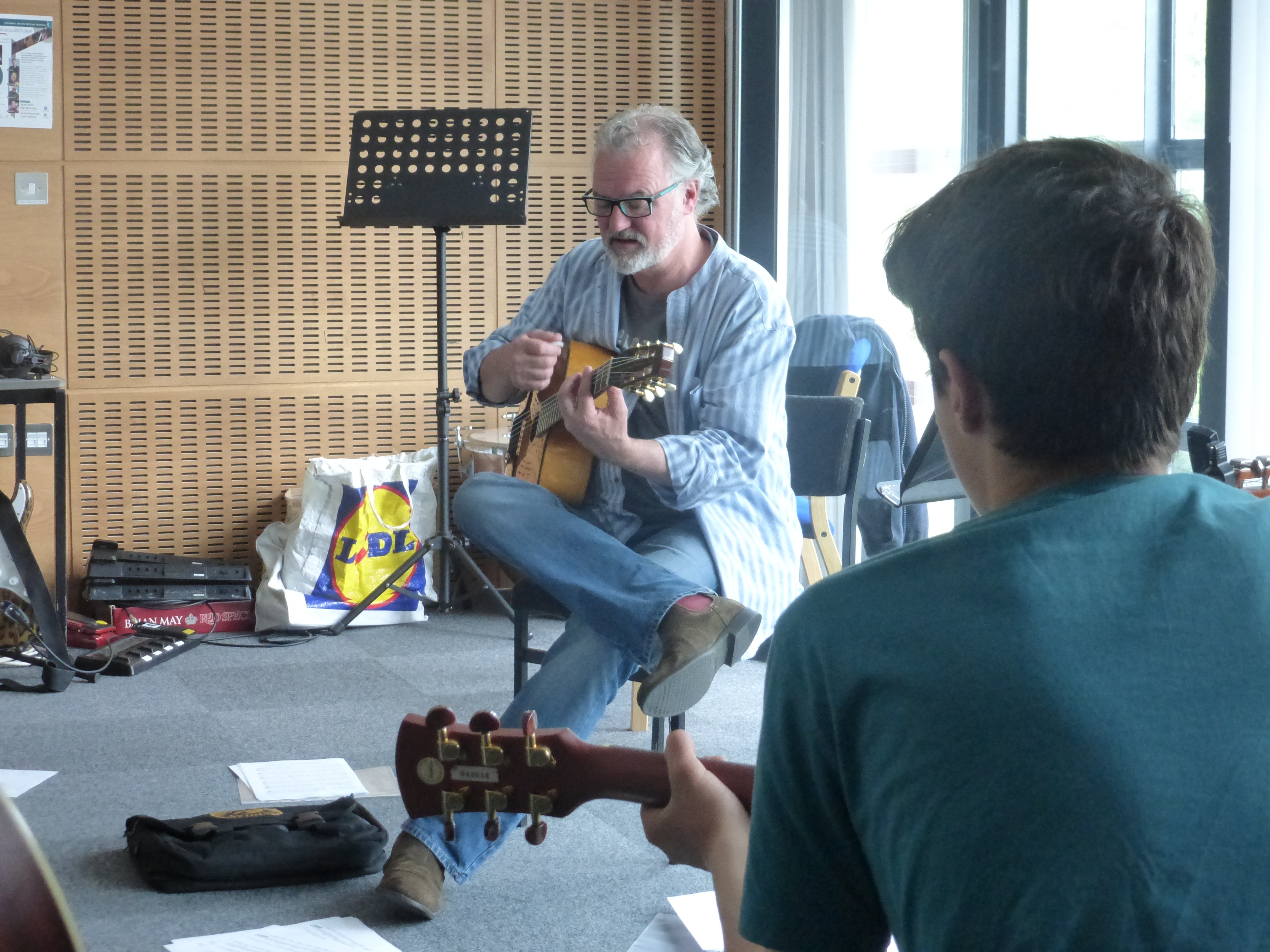 Guitars@Galeri Festival Direcotr, Neil Browning is overjoyed after a successful guitar event brings guitarist from all over Wales to Caernarfon to learn more about the guitar and to attend a concert by well-known guitarist Gary Ryan.

The event was held on the 22-24 of May 2015, and began with an open mic event where all the course participants were invited to perform in the bar.

The weekend continued with a series of tutorials and workshops with guest tutors including Stuart Ryan, Neil Browning, Andy Maceknzie, Colin Tommis, and Dave King. We were delighted to be able to offer such a variety of guitar styles during the event.

Above is a picture of Andy Mackenzie’s Gypsy Jazz Rhythm workshop where he introduced the basic ‘la pompe’ rhythm playing and chord shapes.

The Festival also welcomed renowned guitarist Gary Ryan to give a masterclass and perform in a concert on the Saturday night. A variety of music was performed by Gary including music from Pratorius, Dowland and Bach and also his own compositions that demonstrated innovative and virtuosic techniques on the guitar.