Anyone for a close shave with a top US Barbershop singer? 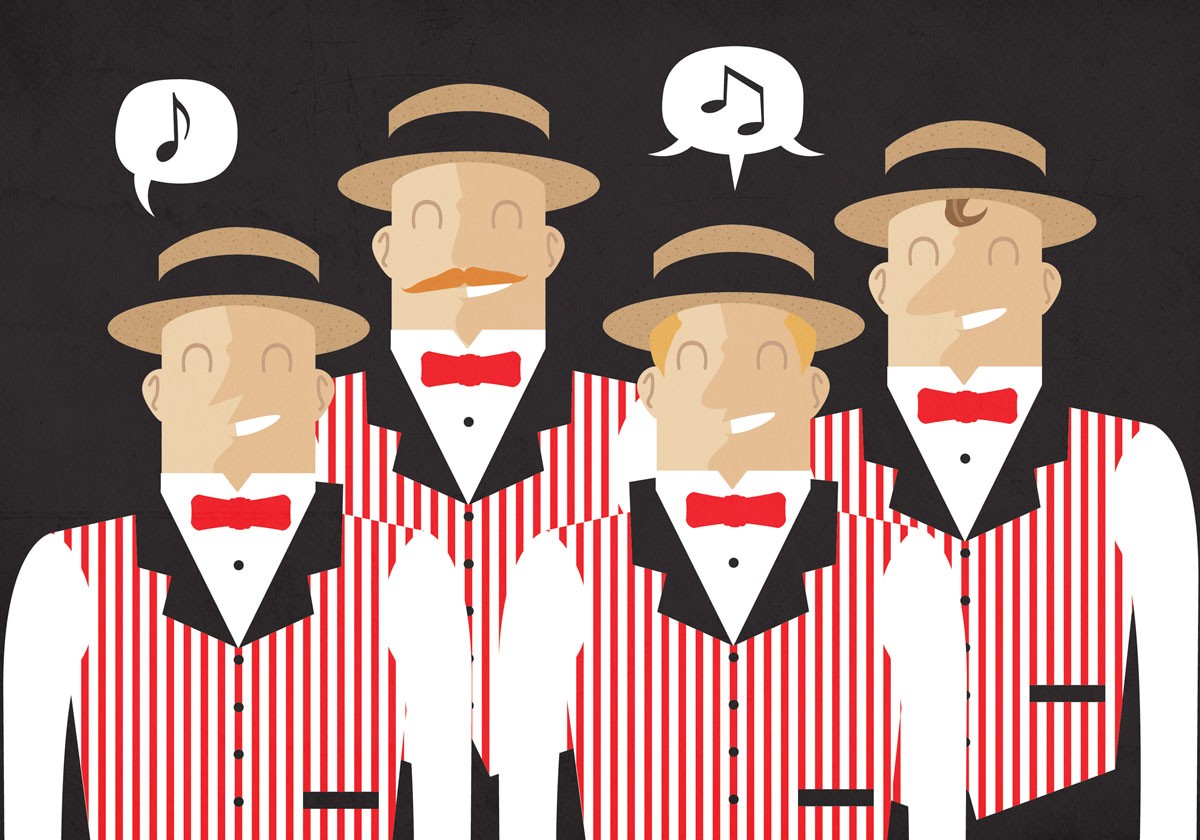 One of the top barbershop singers and competition judges in the United States is heading to Wales to offer two exciting workshops in this unique style of singing.  Paul Wigley, all the way from Minnesota has gained a formidable reputation for the genre and has extensive experience of directing choirs, giving workshops and lectures on barbershop harmony singing all around the world.

Canolfan Gerdd William Mathias Music Centre is proud to offer an opportunity to learn from Paul Wigley with two workshops to open to all singers interested in this fabulous style of singing – the first is being held at Galeri, Caernarfon, on Thursday evening, February 12th  from 7 to 9 pm and the second, in Acapela, Pentyrch, Cardiff on February 18th from 7.30 to 9.30pm

Paul will be demonstrating his style and offering his directing skills to would-be and experienced barber shop singers, and drawing upon his extensive experience.

He was chair of the panel of Judges in the International Barbershop Harmony Society quartet and chorus contests in 1991, 1994, 1997, 1999, 2002, 2008, 2011 and 2014. Paul has also taught at Barbershop Harmony Society Directors Colleges in New York, Maryland, Kentucky, Wisconsin, Missouri, Washington and California, and served on the National Youth Outreach Committee.

Paul is currently the director of the Minneapolis Commodores, who qualified for the International barbershop chorus contest in 2007 and 2009.  He is currently Category Specialist in the Music category of the Barbershop Harmony Society judging system.

If the surname sounds familiar, Paul Wigley is a distant cousin of Dafydd Wigley. His great- great-grandfather emigrated from Llanbrynmair, Montgomeryshire to the USA in 1857 and became State Senator in Minnesota.  In the 1970’s Paul’s father, the late Richard Wigley was also elected Senator in Minnesota . For over 100 years, there was no contact between the two branches of the family until connection was remade in 1974, when Dafydd Wigley was elected Member of Parliament for Caernarfon.  Dafydd Wigley’s son Hywel is owner of Acapela Arts Centre in Pentyrch, just north of Cardiff.